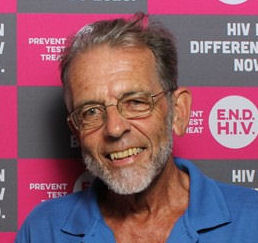 I came to Quakers by marrying one (and she came to Quakers by answering an advert in the personal column of The Times of London). I had a largely agnostic upbringing and my contact with religion – through school assemblies, scouting, etc. – had left me distinctly unimpressed.

So Quakerism was a revelation. A religion with no artificial structures and no authoritarian system of required beliefs fitted me well.

And I found Quakers gentle, understanding people who respected me even as a young person. My only problem was getting used to calling octogenarians by their Christian names!

My natural and adopted children were welcomed into the Meeting and provided with a gentle education which they probably didn’t realise was ‘religion’.

Back in 1973 my wife and I had become involved in supporting various gay organisations, and our local Quaker Meeting helped finance a visiting Quaker from the UK to come to Brisbane and give a talk on gay issues. Subsequently the Meeting agreed to support changes to the law, and a couple of years later Quakers in Australia made a public statement calling for the law against male homosexual acts to be repealed.

Quaker open-mindedness became even more apparent later. When my marriage came to an end after more than 10 years their support helped me through a very difficult period. A second marriage (to another Quaker) was also welcomed, and another divorce, again over 10 years later, was accepted and understood, although with sadness.

My second wife and I continued to support the gay community, became involved in the gay counselling service and hosted meetings of gay groups in our house. Quakers also continued their discussions of gay and other relationships. This culminated in statements in the 1980’s supporting de facto relationships, both straight and gay. Later of course Quakers have celebrated same-sex unions and called for marriage equality.

No doubt it was no surprise to Quakers who knew me that I developed a gay relationship of my own that has now lasted over 25 years. I am sure my Quaker Meeting would be happy to arrange a marriage for Gary and me, but it is not something that either of us wants. To me, the Commonwealth Marriage Act is irrelevant and the support of all the Quakers I meet is sufficient recognition of us as a couple.

Over the years I have served in several roles and on various committees in Quakers at a local and national level. I have always been impressed with the way in which Quakers make decisions, by what in secular terms would be described as consensus. Even in discussing highly contentious issues such as sexuality there is a willingness to listen, a patience to wait until the way is clear and a strong support of the outcome.

Quakers have a wide variety of involvements and backgrounds which has also helped to challenge me, not only to listen and understand other people’s ideas and cultures, but also to examine my own. I often give people who are interested a copy of the Quaker booklet Advices and Queries because it seems to encapsulate the way I would like to live my life.

Quakerism has also given me the privilege of supporting others in their work for peace, indigenous issues, refugee problems and prison conditions. I cannot do everything in life and it is good to help, even with just encouragement, those who are working in so many different areas.