Mum, whose name was Jocelyn Carline, always encouraged me to be very independent. I have travelled the world, to Ethiopia, South America, and many other places. I was a cook/steward on merchant ships for 20 years. I got deported from Aden when they were throwing out the British. It was a mercy in disguise, because I came home to see my mother and she died three months later. She was so tired, she had been worked to death.

Mum was from the stolen generation, nine or ten when she was taken. When she started looking for her people, by good fortune there was one of the Aunties in Brisbane who told her she looked like someone down at the Tweed Head camps. She turned out to be my grandmother, Emma. However, otherwise Mum never really connected or bonded with her own blood family.

My father was an American serviceman, he went back after a couple of years, at the end of the war. I don’t remember him of course, I was born in 1944. I was very premature, and then I got very sick. But Mum said even though I was born a little old man I just wouldn’t let go of life. The Great Spirit has looked after me all my life, I have always had a Spiritual leaning.

I had to drop out of school during Grade 6 at the age of 13 so I could work, picking strawberries, tomatoes, shelling prawns. Kids are very nimble with their fingers. There were only two of us children; I have a sister ten years older. I did try once to find my father in my teens, but no luck. I wrote to the Red Cross in Switzerland, I didn’t even know where that was then. 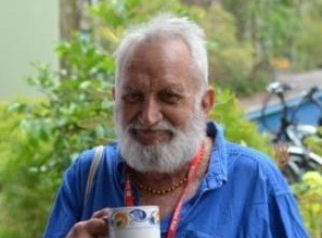 I came here to Cunnamulla with a leading to work with my own people, the Kooma/Gwamu. The old Aunties in Brisbane paved the way by connecting me with my own Kooma people. I am still under this leading. I ended up having a little school. I bought some shops that provided the building, and there was money from the National Numeracy and Literacy Programs, and our program was aimed at kids who were expelled or suspended for being disruptive. The regular schools often wouldn’t bother to find out why the children were having trouble. One boy was in the room when his father committed suicide, so he was very disruptive.

The other activities we did were very hands on, living skills: I showed the girls how fix up fibro walls that had been smashed in, and do other carpentry, and the boys how to take up their jeans. We provided transport in both directions to make sure they came. Cooking breakfast and lunch was a big thing; the kids needed feeding, and there was no shame because we all ate the meals. We were a community, about 15 of us altogether including the teachers. We had a lunch roster where each student was responsible for preparing a lunch for the whole school by themselves. If a student could produce a lunch for under $15 for everyone then they would be able to have the leftover for a Coke. Soon they were teaching each other how to make nutritious and affordable meals.

We started with the Outstation Movement, and we had the Kooma Corporation for land. At that time there were many different new initiatives. Our property is now called MurraMurra and Bendee Downs, and our company is Gwamu Enterprises. This protects Kooma traditional owners from liability. It is a company that does agisting, and we have recently purchased our own small flock (600), which enables us to run a shearing school. We’ve got a third of the land protected under the Indigenous Protected Area Program (IPA). We employ a ranger, run a vehicle, and maintain the fences. 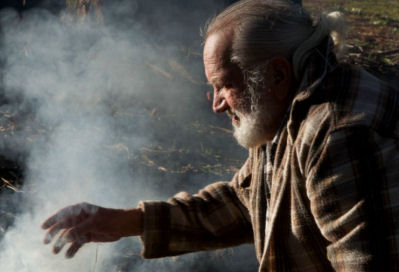 I am a Recognised Elder and was acknowledged by the community as NADOC male Elder of the Year for Cunnamulla. We haven’t got any towns in the Kooma/Gwamu lands. We got our native title for some of our land last year; this is something I’ve been working on, with others, for 20 years. That was a great moment.

We have Emu Fest that goes on for a week. We’ve got three kids out there now. Kids who need to get out of town, we take them out there. If they are playing up at home or school, or mum needs a break, we get them out in time before things get out of hand. I would take kids out on the land, show and explain to them our cultural sites, work with emu feathers, beading, art and craft programs. Spiritual practice is also shared during these times.

Another branch of my educating life grew when I took on fostering Rhys, who is 22 now. He came to me when he was 14, and I was his 150th carer. I taught him about his Aboriginality, and living skills. Lots of educating there from every angle. I learnt a lot of patience in the process, it put me in touch with reality. There are a lot of kids who’ve got all this baggage. I’m glad he came into my life. It made me realise what a lot of women are putting up with. He’s doing quite well at the moment. He’s got a child and he’s being a good father, he’s really trying. He had some hard knocks along the way, but fortunately he’s bounced out of those rough times.